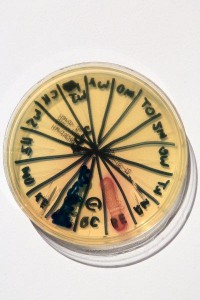 The problem is that strains of klebsiella,  E. coli, and Proteus mirabilis that produce  ESBL may be clinically resistant to therapy with penicillins, cephalosporins or aztreonam, despite  in vitro susceptibility to  these agents. If an organism grows on HardyCHROM  medium, it may be resistant to the following antibiotics:

The beta lactam concentration in the bladder is very high and may overcome hydrolysis by ESBL enzymes. J Hindler Antimicrobial Susceptibility Testing: Optimizing Use of 2005 CLSI Standards.

The following photograph gives an example of the growth of E. coli (red colonies) and klebsiella (blue colonies) on ESBL medium.

Without the use of HardyChrom medium,  ESBL positive cultures may have erroneously been reported as sensitive to ceftazidime. 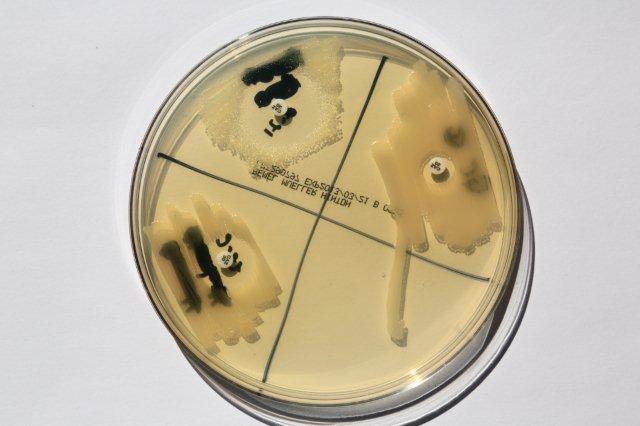